What is the Difference Between 2.0 and 2.1 HDMI Cables?

It was only 2002 when the first version of HDMI cable was introduced to the world. Since the day of its debut, we have witnessed 8 up-gradation of the cable for added features. No high-end entertainment unit is now completed without the High Definition Multimedia Interface or popularly known as HDMI Cable.

High-quality videos have become an integral part of our daily life for gaming, entertainment, or broadcasting purposes. Day by day more devices come with the capability to display video, the improvement of audio and video data transfer has become indispensable. To meet the requirement of high-speed transmission, the HDMI industry is working continuously and has brought out some excellent features with each version.

While HDMI 2.0 cable was already making a craze among the geeks and gamers; the introduction of HDMI 2.1 has amazed the technical industry. However, before checking out the differences between these two cables; we can take a look at the evolution of the HDMI cable so that you will have a better understanding.

The Evolution of HDMI:

In 2002, the first version of the High Definition Multimedia Interface was manufactured to transmit high definition audio and video data through a single cable. Over the years, numbers of versions with added specifications are released like HDMI 1.0, 1.3, 1.4, etc. The latest edition of this league is the HDMI 2.1 which is expected to be widely accepted in the future.

The HDMI 2.0 was introduced with lots of specifications than its previous version HDMI 1.4. as the TV industry is moving quite forward and has brought out the Ultra HD 4K TV, higher bandwidth has become the need of the hour. The HDMI 2.0 supports the higher video resolution of 4K and capable to deliver 60fps. The cable also supports the full-resolution 4K 3Dalong with higher-frame-rate 2D data. For that reason, the HDMI 2.0 has become a great component for computer games and home video.

It also has 32 audio channels for a multi-dimensional immersive audio experience. The cable is capable to deliver dual video and multi-audio streaming to multiple users. It also supports the 21:9 aspect ratio for video display.

With every version of the HDMI cable, it has shown a massive leap in performance. With the release of HDMI 2.1, you can see the most dramatic improvement to date. The massive support of the cable is the best way to connect data to all the high-end visual technologies. The major jump of HDMI 2.1 is the allotted bandwidth in between two of the iterations.

While the HDMI 2.0 cable which was first introduced in 2013 with the capability to deliver 18 Gbps Bandwidth; the 2.1 version has a huge increase in terms of the bandwidth which is 48 Gbps (2.6 times greater than the previous version).

To meet the demand of the increased bandwidth of the channels and support the bitrate on each channel; HDMI 2.1 has come to the market. It has been classified as Ultra High Speed or UHD that has a double number of bitrate per channel.

The HDMI 2.1 is the latest interface of the HDMI specifications. Rather than just the incremental evolution, it can be called a revolution. While HDMI 2.0 has shown a massive improvement upon HDMI 1.4 in terms of color spectrum support, increasing transmission, data rate, etc; the HDMI 2.1 has gone far away.

The newest cable supports 4K video resolution with a higher refresh rate of 120Hz that can be 144Hz sometimes. For that reason, it has become the best choice for an excellent gaming experience.

What are the differences between HDMI 2.0 and 2.1 cables?

If you are planning to buy an HDMI cable sometime, then here are the key differences between HDMI 2.0 and 2.1 cables to make the perfect purchase decision. You must be aware of these factors before investing in the HDMI 2.1 price.

Lets discuss all the differences in detail:

In case, you have ever tried to transmit 4K content through a lower quality internet cable; you must know that it is very problematic. The main reason is that, in this system, a huge amount of information come to the delivery channel of the television. As per the latest trend in digital technology, you cannot mark any bandwidth is enough for you as the scope of improvement is always there.

This is one of the main factors on which the HDMI 2.1 has worked and they came up with the almost triple amount of the bandwidth than 2.0. As a result, it uplifts the speed from 18 Gbps to 48 Gbps. To have a better idea, we can say that the ramification of the 4K movie runs at 24fps which means it has lots of data of its own. And for HDMI 2.1, it can handle the 4K video at 120fps. Hopefully, you have a pretty much good idea about the bandwidth speed of HDMI 2.1 Cable.

When you have invested so much in your high-end 4K TV, you should not want to compromise with the video quality. It’s ok for some people to settle for the regular standard of the old video, but while watching a video on the fancy upper-echelon 4KTV; one must take the advantage of the inherent High Definition Range or HDR. Far better than the standard picture, the HDR can deliver a richer and lustrous picture. And for that reason, if you want to watch HDR Blu-Rays on a regular TV, the picture may wash out.

As the technology world is fast evolving, the 4K has already become a thing of the past. It may sound unbelievable but 8K has already created lots of buzzes. If you are following the evolution of HDMI cable then you must know that each version offers an improved resolution and framerates than the previous. For example, the HDMI 1.4 supports 4K but in 30fps whereas the 2.0 allows the framerate up to 60fps. However, the HDMI 2.1 has taken it to the next label by enabling 8K at 60fps. It is the first offering from the house for the people who want to upgrade or make their system future proof.

4. The requirement of New Hardware

If you have an HDMI 2.0 device but want to take the advantage of the HDMI 2.1 cable, then it will fulfil. It needs HDMI 2.1 port to get the connection. For that reason, your Bluray device or gaming console cannot access the HDMI 2.1 functionalities. Along with that, there is no backward compatibility with the older HDMI cable. If you connect the HDMI 2.0 cable to the 2.1 devices, there will be a restriction of the bandwidth.

For the people who love to watch high framerate movies, do not prefer the content that will go over the 60fps mark. For them, HDMI 2.0 is a perfect choice, especially in the cases when they love to stick to the 4K Blu-ray and streaming content.

On the contrary, the gamers prefer the HDMI 2.1 cable that will push a super high framerate gaming experience for 120fps. Along with it, there are variable refresh rates and quick frame transport technologies that will eliminate input lags as well as screen tearing.

For the gamers, the HDMI 2.1 is a godsend gift as the inconsistent framerate is a huge problem area for them. For this, they use to face the infamous screen-tearing in many high-value games. The new age HDMI 2.1 cable takes a different approach as it has introduced VRR directly through the interface, thus marked a new go-to standard for the TVs compatible with gaming.

For gamers who love Virtual Reality (VR) games, the HDMI 2.1 cable is the ultimate solution that they have sought for a long. Due to its Quick Frame Transport technology, it is served as the best solution for the VR unit.

Unlike HDMI 2.0, the latest iteration is specially designed to take less amount of time to transform video to display. Though we are referring to milliseconds, it makes a huge difference to the experience of the gamers. With the help of the HDMI 2.1 cable, they can reduce the video lag which will definitely lead to a more seamless experience of virtual reality gaming.

If you have an HDMI 2.1 enabled audio equipment or soundbar, then the latest cable with expanded bandwidth to channelize better quality audio including Dolby Atmos and DTS:X. However, HDMI 2.0 cable does not support this improved experience.

If you have one single TV for your gaming console and Blu-ray player, then you must suffer the problem of the prolonged black screen while switching the media. HDMI 2.1 comes with a Quick Media Switching functionality which is not present in HDMI 2.0.

As we have told you that the 4K video has already been an old school thought and 8K is gearing up to occupy the market; you may be wondering what is next. If you are planning to have a set up to meet the next-gen TV viewing experience, then you must stay prepared for 10K video. Surprisingly, the HDMI 2.1 cable has the capability to handle up to 10K video in an effortless manner while HDMI 2.0 can support 4K video only. So, if you want a future-proof entertainment setup; then the HDMI 2.1 cable is the thing you must ponder. 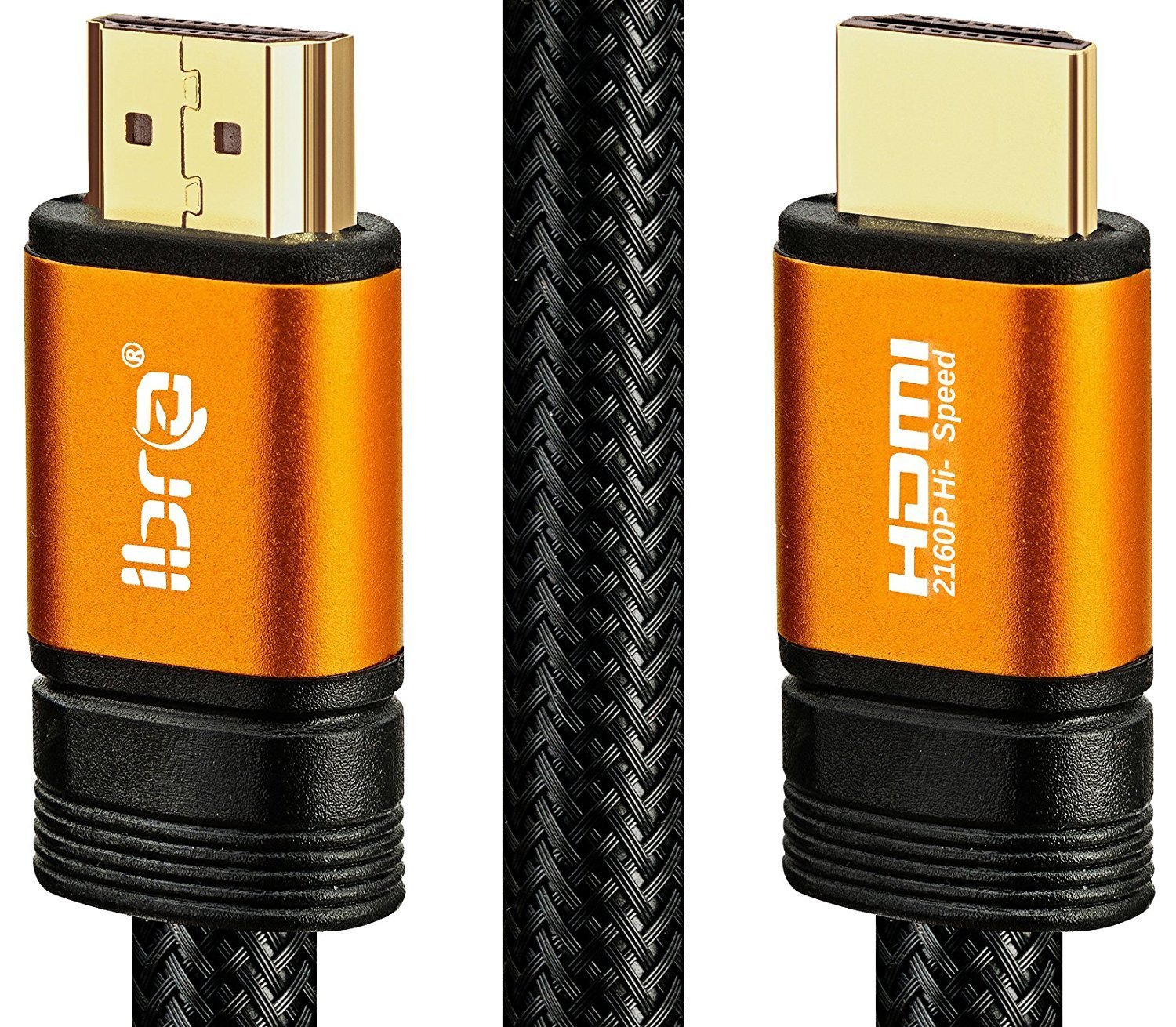 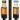 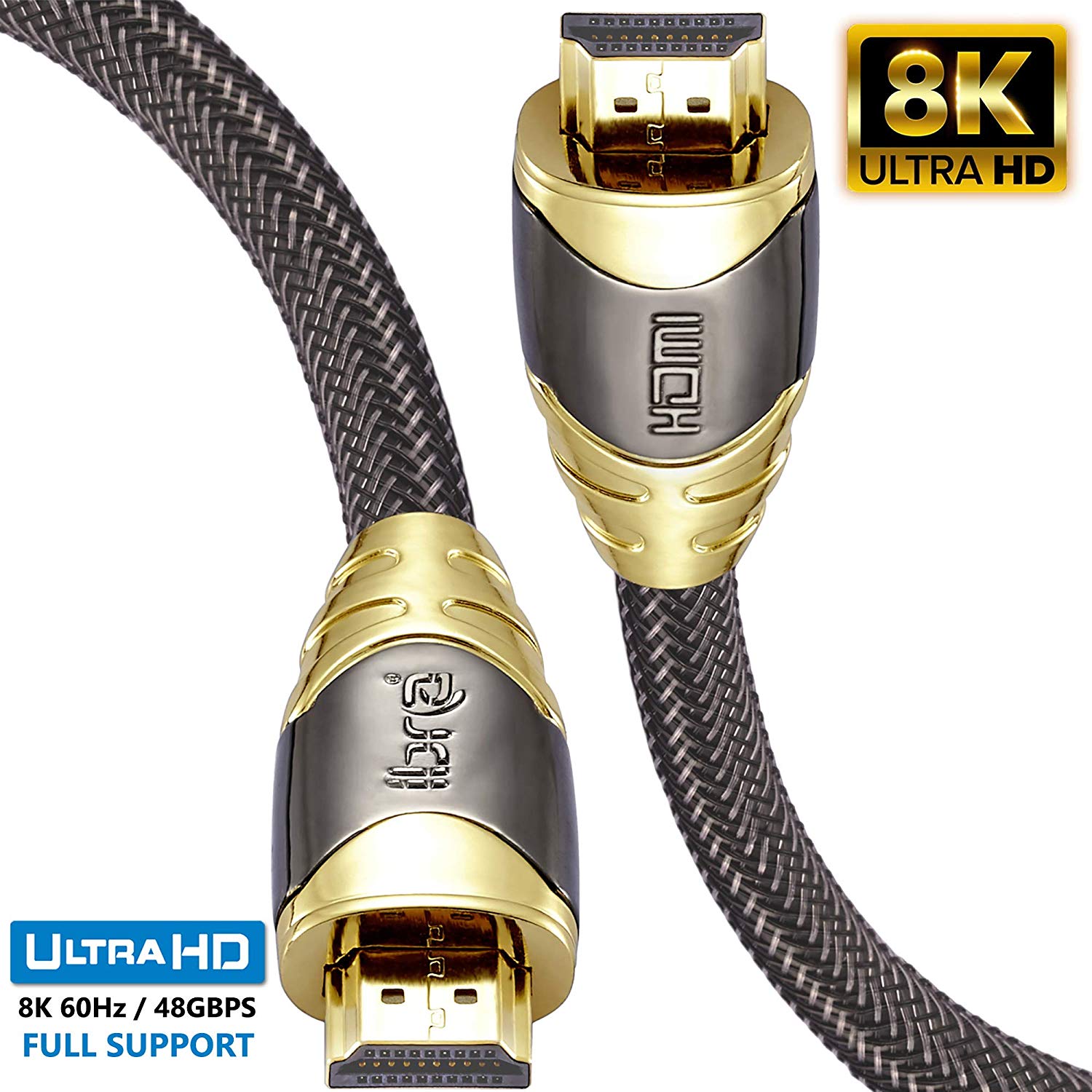 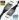